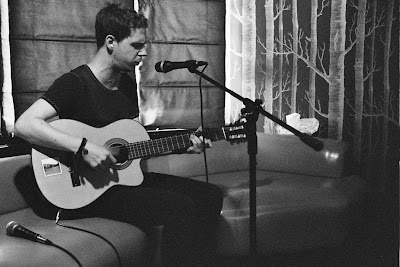 Posted by Samuel Peter Collins at 20:42 No comments:

ACE STORIES is a new Live Literature season supported by Arts Council England, with five events in Brighton this year between June and November 2010, and four events between 3rd October and 7th November at the De La Warr Pavilion Devised and directed by Jay Clifton (curator for Barbican Film, literary correspondent for Nude magazine), in partnership with technical manager, musical director and photographer and art designer for ACE STORIES, Sam Collins. ACE STORIES is the next step on from the 'Tight Lip' literary event programme in Brighton (2005-9), also created and run by this team.

ACE STORIES events at the Hotel Pelirocco, Brighton (www.hotelpelirocco.co.uk) are scheduled for the months of June, July, September, October and November 2010. All events are on Sundays (dates and details below).

Headlining guest writer is CATHI UNSWORTH, editor of London Noir (Serpent's Tail 2008), and author of the noir-ish London-based novels The Not Knowing, The Singer and Bad Penny Blues, all published by Serpent's Tail. Cathi will be reading from her lastest novel, described by David Peace as 'The English Black Dahlia', supported by local writers Howard Cunnell (author of the novel Marine Boy) and Heli Clarke. Music from SLIM LIGHTFOOT.

Our headlining guest writer in July is AMANDA SMYTH, whose debut novel Black Rock, published by Serpent'sTail, has garnered amazing critical praise from the Guardian, The Times and many other newspapers and established authors... support readings from local poets Theodore Koulouris and Naomi Foyle, and the evening finishes with a live set of songs from singer-songwriter BIRDENGINE.

‘Amanda Smyth writes like a descendant of Jean Rhys. Black Rock is a powerful cocktail of heat and beautiful coolness, written in a heady, mesmerising yet translucent prose which marks Smyth out as a born novelist’ - Ali Smith

Our headlining guest writer in July is SCOTT BRADFIELD, American novelist and short story writer. Scott's work has been praised by the writers Tobias Wolff and Michael Chabon and his novel The History of Luminous Motion was made into the 1998 American indie movie Luminous Motion, starring Deborah Kara Unger. His latest novel, The People Who Watched Her Pass By, is an unsettling California-set road novel told from the perspective of a three-year-old girl. Support readings from novelist Neil Palmer and other writer to be confirmed. the evening finishes with a live set of songs from singer-songwriter MICHAEL J. SHEEHY. 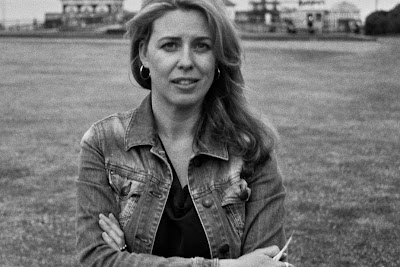 Posted by Samuel Peter Collins at 13:12 No comments: 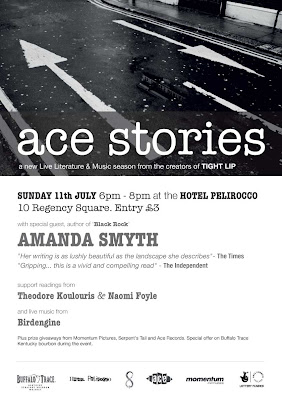 Posted by Samuel Peter Collins at 13:10 No comments: 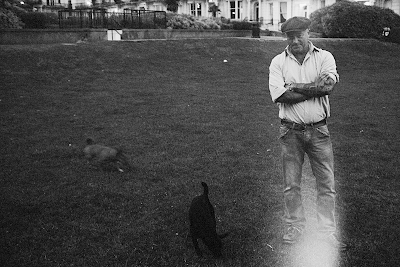 Posted by Samuel Peter Collins at 13:03 No comments: 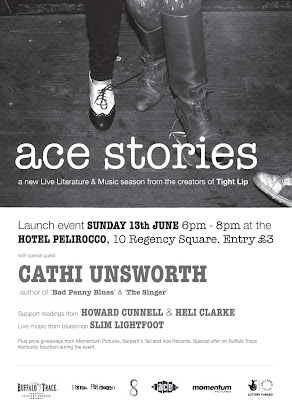 Posted by Samuel Peter Collins at 13:00 No comments: